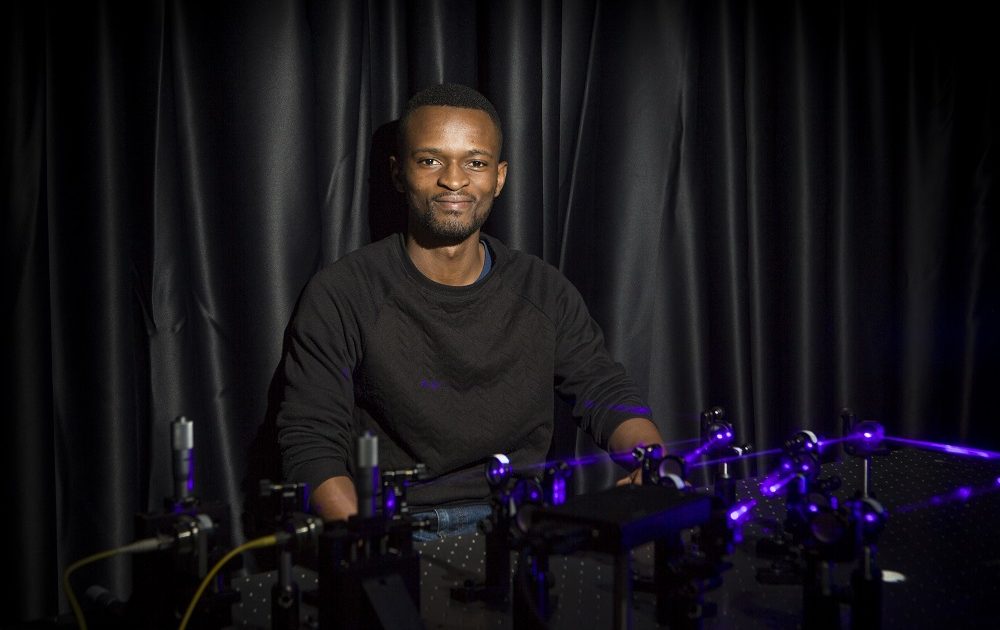 STEUN ROScientists from South Africa and China say they have demonstrated the deployment of future communications technology on traditional fibre cables, potentially recording a breakthrough in a field proponents say could change the fundamentals of computing: quantum technology. The team, consisting of scientists from both the University of the Witwatersrand in South Africa and the Huazhang…

Scientists from South Africa and China say they have demonstrated the deployment of future communications technology on traditional fibre cables, potentially recording a breakthrough in a field proponents say could change the fundamentals of computing: quantum technology.

The team, consisting of scientists from both the University of the Witwatersrand in South Africa and the Huazhang University of Science and Technology in China, transmitted multiple patterns of light through 250 meter of conventional fibre, limited to a single pattern, according to a study published in Science Advances.

Quantum technology has the potential to disrupt a number of industries by realising new technologies from medicine and encryption to super-computing and artificial intelligence (AI).

In terms of communication, quantum technology could very soon make communication secure to the extent that cryptography — the current method of securing information — becomes obsolete. There are two main reasons for this: quantum computing and quantum cryptography.

Currently, cryptographic algorithms that protect your banking app or the military’s databases are so complex that classical computers, which rely on binary coding — or ones and zeros — would take centuries, if not longer, to decipher them. A quantum computer, on the other hand, relies on ‘qubits’ — able to encode an infinite number of states. As such, it would be able to decipher long strings of encrypted data instantaneously, Arvind Krishna, IBM’s CEO explained 2018.

This is where the study comes in. Until now, the transfer of quantum data, apart from free space, was limited to custom multimode fibre. These present at least two problems: transfers have been limited to less than one meter after which distortion can occur and; if viable, an entire network would need to be built at a significant cost. However, in this study the scientists say they can achieve this using existing networks which transfer information much easier over long distances.

“We demonstrate the transport of multidimensional entangled states down conventional single-mode fiber (sic) (SMF),” reads the study. “Our approach is a compromise that reaps the benefits of multiple states while allowing immediate deployment across legacy networks.” In essence, it is the deployment of tomorrow’s technology on today’s infrastructure.

Here’s how they did it. The team sent a polarised photon — a light particle — down the 250 meter fibre line. The photon is polarised because conventional fibre is limited to two dimensional coding, or ‘1’ and ‘0’. That photon is entangled with another photon, which stayed behind in the lab. This particle can assume multi-dimensional patterns as it is in free space.

Quantum entanglement — which is not limited to the laws of classical physics — is when the particles are linked in such a way that whenever an action is performed on one, it affects the state of the other — regardless of the distance between them. This is referred to as ‘teleportation’, or as Albert Einstein called it — “spooky action at a distance”.

Because the two photons are entangled the polarised photon can be manipulated by changing the properties of its partner in free space. “What we did is to take polarized photons and entangle them with another photon’s property that is high-dimensional,” Isaac Nape, a PhD student involved in the research told Business Day. Those high-dimensions are in part what separates quantum from classical technology as it allows for an increase in the rate at which data is transferred.

In plain language: One photon is on a computer in a room, the other, sent via a fibre line, is on another computer 250 meter away, explained Nape. Data is then ‘teleported’ — instantaneously — from one to the other. This data could eventually entail everything from encryption keys to emails or even videos.

The limitation with SMF, or ‘compromise’ as the researchers noted, is its restriction to two dimensions, whereas quantum technology allows unlimited dimensions. But the research states that multiple dimensions can still be reached, only two at a time. “You can still get to ‘infinity’ but by adding 2+2+2… rather than in just one step,” said Professor Andrew Forbes, who led the study.

“If the multi-dimensional photon states are also more robust against hacking attacks… then that would be very valuable,” said Dr Claudia Janse van Rensburg, a physicist at the University of Pretoria, who described the findings as “promising”.

That brings us to quantum cryptography or encryption. With the advent of quantum computing, there will be an immediate need to secure information in a new way. “We need ‘quantum’ to protect us from ‘quantum’,” said Nape.

Because the photons are entangled they only assume a state once they are measured. This means that the information will be lost once any outsider, such as a hacker, attempts to access it.

But the research is by no means finished.

“Considering that the multiplexing claim can only be made on the free-space OAM photon and not the polarization photon, more research is needed,” said Dr Ismail Akhalwaya, a research scientist at IBM.

Janse van Rensburg too had a number of questions, including whether the experiment would work on a larger scale, such as a 10km line, or if the use of SMF is “easier and more cost-effective than using only polarization-entangled photons”.

While the results are yet to be tested by other scientists, the study demonstrated the possibility of distributing quantum keys using conventional fibre lines. The study stated that the ability to share entangled particles over long distances can also be used in quantum cryptography, teleportation of quantum information, “super-dense coding”, and enhance quantum computing, among others.

This “multi-dimensional quantum system that can be easily integrated into the present architecture,” as Nape put it, brings the possible widespread use of future technologies exponentially closer to today.