Ever noticed how you cannot stop touching your face when you are trying to concentrate? A group of researchers believe they have the answer.

You are studying for an exam, filling out a legal document, preparing for an important meeting, or perhaps you are reading this article. The task, while mundane, demands your full attention. But due to distractions your concentration hangs by a thread.

During this process you are constantly touching your face, perhaps unawares, at least until now.

Subconsciously you may assume that when you briefly scratch your brow or rub your nose it may be in response to an itch or a similar sensation. But research has indicated there’s more to those subtle gestures that often go unnoticed.

Previous research has speculated about the emotive or psychological experience associated with facial touches, such as anxiety, discomfort or distraction.

Neuroscientific researchers at the University of Leipzig in Germany have now gone one step further, determining what they believe is a link between stimulus and the part of the face that is being touched.

Using 60 participants, who had to remember information for up to 14 minutes while being exposed to various (possibly very irritating) sounds, were observed through a one-way mirror, to determine how often, how long, and which part of the face they touched spontaneously.

The participants would sit in a chair, study two objects by touching them, wait 14 minutes while being subjected to intervals of silence and up to 60 different sounds played at random, before drawing the two objects on paper as they remembered them.

While the participants believed the outcome of their drawings were the subject of the study, the researchers never even looked at their artwork, as they were only focused on the what happened in that 14 minute ‘memory window’.

For the sake of accuracy, the researchers excluded touching of the neck, hair and ears as well as other gestures such as scratching and nose picking. Furthermore, all the participants were right-handed, although the study found both hands were used equally often.

They found a number of things, among them, that of the 54 participants who actually touched their faces, the majority did so during that 14 minute retention window – 45 to be exact. They further found that of the 45 participants, most facial touches occurred when they were distracted by noise and needed to regain focus. This suggested “that cognitive and emotional load play a role in the occurrence of self-touch directed towards the face”.

Even more importantly, the study managed to establish, for the first time, a connection with the specific area of the face that was being touched. Splitting the face vertically into three, the researchers noticed that all parts were touched equally often during the periods of silence. But they also saw that while the sounds were played the majority of facial touches were directed at the ‘middle axis’.

“Ergo the point of touch seems to have some relevance of its own, independently of which hand is used to perform it,” the authors wrote. “The results show that not only frequency but also the point of touch and contact durations are influenced by cognitive and emotional demands.”

What is the link between distraction, your hands and the centre of your face? The authors didn’t say except that further investigation might improve the understanding of “cognitive focusing and attentional mechanisms”, or how we get distracted and the tools we use to ignore those distractions.

While a conclusive answer to this question remains absent, the study suggested that it is in fact not a tiny insect or a feather that causes that sensation, but possibly external stimuli communicating with your brain.

“It is conceivable that immediately prior to (spontaneous facial self-touching) a faint sensory signal may be sent to the skin without any external dermal stimulation,” they wrote.

The thought that your brain is able to effectively create an external sensation and direct your hands without your knowledge is somewhat concerning. Perhaps a more urgent question is why it chooses to direct your hands towards the middle of your face and not, for example, your lunch. 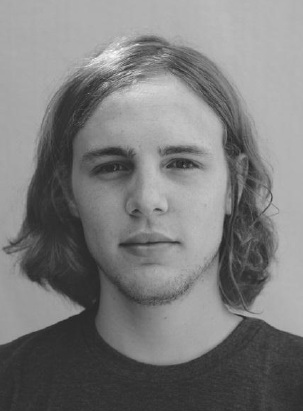