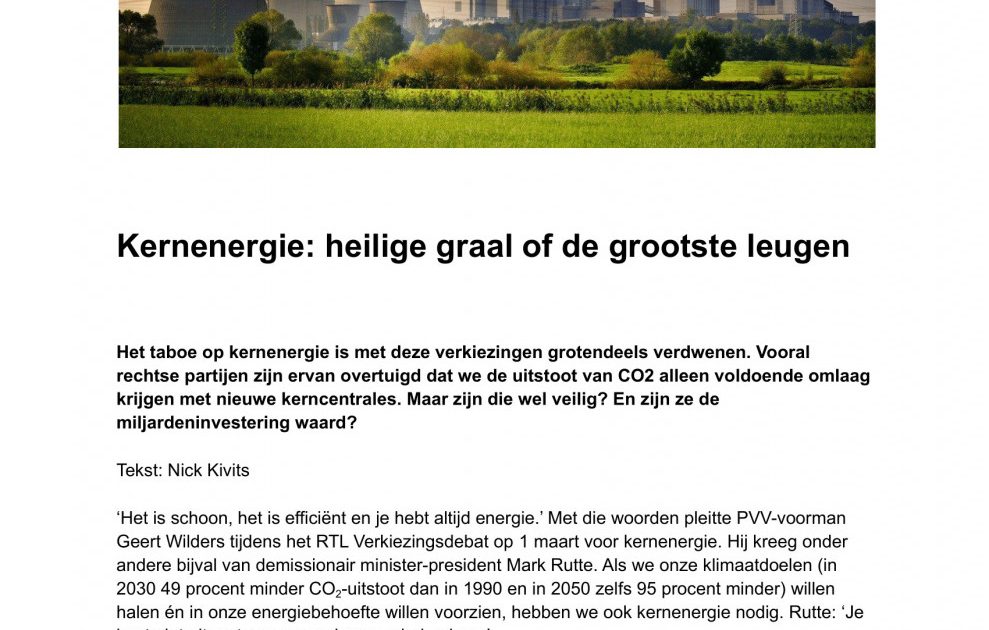 The first independent journalist NFT in the world!

Reporters Online proudly presents: the first non-fungible token (NFT) by an independent journalist ever. The NFT is for a piece by freelance journalist Nick Kivits: a thoughtful piece on the merits of nuclear energy and Dutch politics (in Dutch).

By acquiring it you become the first and sole owner of a (digital copy of) the piece, and you will have access to a PDF download.

The creation of this NFT is an experiment by Reporters Online, a fast growing Dutch company that supports independent journalists in monetizing their work in non-mainstream ways: by selling their work directly to readers, collecting donations, crowdfunding, and as of now: by giving readers ownership of high quality journalism without robbing journalists of their copyrights ant their right to a fair reward for their work.

90% of the revenue of this auction will go to Nick Kivits, so don’t hesitate te make a bid!